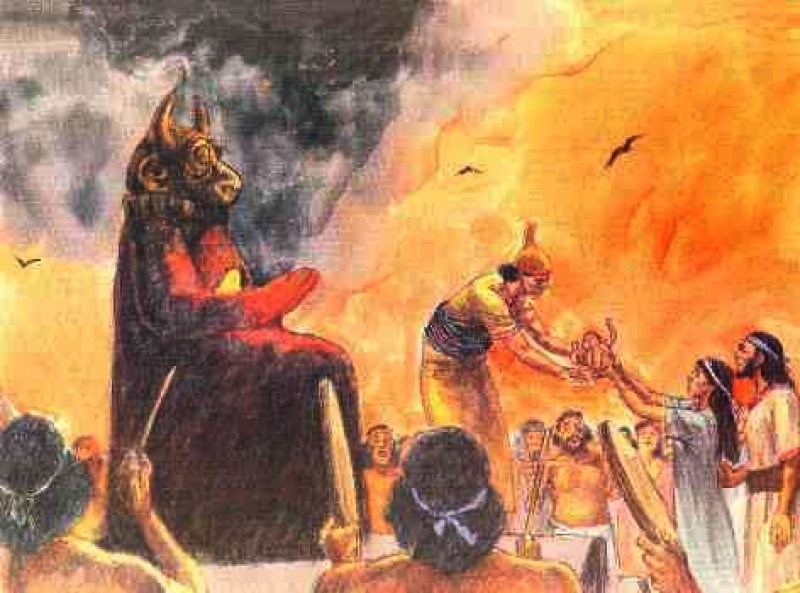 “You are not to make any of your children pass through the fire to Molech. Do not profane the name of your God; I am Yahweh.” Leviticus 18:21

There is an interesting command God gives to the Israelites in Leviticus chapter 18. It is sandwiched between other commands concerning prohibited sexual relations and forbidden pagan practices. God specifically calls out Molech, a god of the Canaanite people. According to ancient historians, worshipers of Molech would sacrifice their infants to Molech to ensure prosperity for their future. It is said that the Canaanite people would also get rid of their illegitimate children by way of child sacrifice. I even read somewhere that poor families would sell their infants to those who did not have babies of their own.

It is important to understand what was going on when people worshiped Molech. The Canaanites would heat up a statue of Molech until it was red hot. The statue usually featured a bull-like figure with outstretched arms that slopped down like a slide into a fire pit. The infants literally melted before the eyes of those in attendance. Keep in mind that the child’s parents were among those watching. Yet, they were told not to cry or shed a tear lest they forfeit the blessing that would come as a result of their sacrifice. In fact, the Canaanites would play loud flutes and drums to drown out the sound of the infant’s screams.

Wicked is not strong enough a word to describe what was going on here.

Going back to the command that God gave Israel, we see that He abhors such behavior and practices. Don’t forget that the command was given amidst other commands about  sinful sexual practices. This type of “worship” would be tempting to those who either didn’t want their child or felt this was the way they could take hold of their future.

Make no mistake, Molech is still being worshiped today. He has just taken on a more modern, 21st century look. The drums and flutes have been discarded, but there is still plenty of noise to drown out the cries of the infants. In both situations, the baby is offered up so that the parents might have a “better life.”

God was patient with the Canaanites for 400 years before He sent His righteous judgement. When will His patience run out with us? Oh Lord, have mercy!